Keller Williams just had its ‘most impressive quarter’ ever

Gary Keller, who co-founded the real estate franchisor Keller Williams more than three decades ago, believes his company just had its best quarter in history. Keller Williams, according to its published third-quarter results, saw both transaction sides and sales volume increase year-over-year at a higher rate than the industry’s overall transaction and sales volume increases. 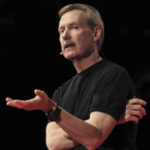 “This quarter was the most impressive quarter we’ve experienced in the 36-year history of our company,” Keller, the CEO, and chairman of Keller Williams said in a statement. “We owe the entirety of our success to our agents. It’s their expertise and their passion for the business that makes us the company we are.”

Keller Williams, as a private company, doesn’t need to disclose financial results but releases select results each quarter and at the end of the year.

The company added roughly 2,000 agents in the U.S. and Canada in the third quarter, to bring its total North American agent count to 162,289.

Tech adoption continues to be an important metric for the company, which has invested heavily in the development of an end-to-end real estate platform – highlighted by the release of Command, the company’s proprietary customer relationship management tool and the heart of the platform.In the third quarter of 2019, Command had roughly 99,875 active users, an increase of nearly 40,000 users from the end of the second quarter. The adoption rate for the platform is at 61.5 percent for the company. At the end of the third quarter, associates had entered more than 39 million contacts.

“We’re making huge strides in our journey to deliver the end-to-end platform that our agents need to provide the personalized, data-enriched experience their clients expect,” Josh Team, president of Keller Williams said, in a statement. “Our agents are already leveraging Command, every day, to lead generate and win more business.”

The company released both SmartPlans, a workflow management app, and Designs, a graphic design app in the third quarter. SmartPlans already has 3.5 million consumers and 233,139 designs have been created in Designs.

Agents are also starting to use Command’s sales pipeline. Deals across all phases in the sales pipeline finished the quarter at 406,754, an increase of 230 percent from the end of the previous quarter. 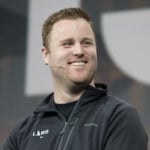 “Together with our agents, we’ve built what is unquestionably the most comprehensive end-to-end platform in the industry,” Team added. “And, we’re 100% dedicated to continuing to listen and learn from them, iterate, and deliver the best for our people.”

The biggest news of the quarter was perhaps the announcement of a partnership with Offerpad, where the iBuying giant essentially became the capital behind the Keller Offers platform. As part of the Keller Offers platform, the company also launched a concierge program that allows Keller Williams agents to advise home sellers on strategies to reap the best return on investment, with the actual improvements coming at no upfront cost to sellers.

Outside of the United States, Keller Williams reached 9,021 agents, adding both Malaysia and Japan as new markets. Agents outside of the U.S. and Canada closed 8,196 transactions in the third quarter, a year-over-year increase of 17.4 percent. Sales volume associated with those deals was $1.2 billion in sales volume, up 9.0 percent year-over-year.